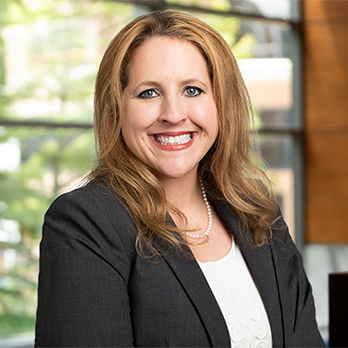 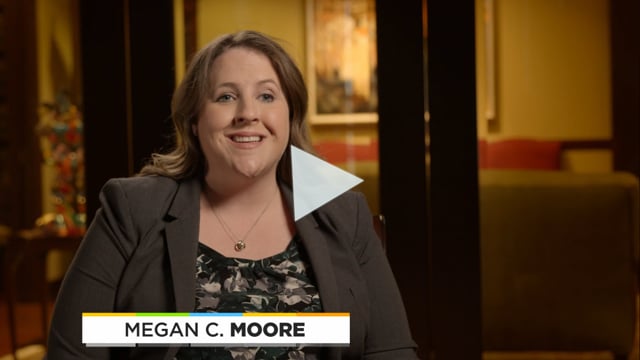 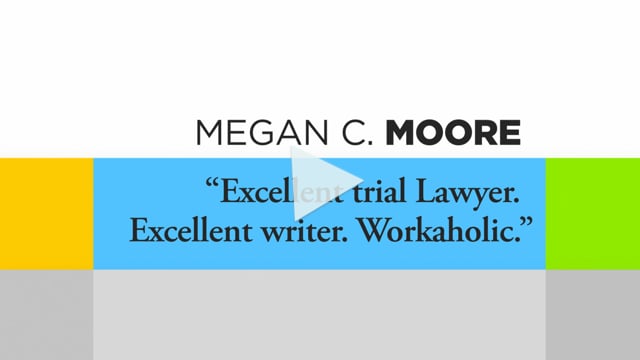 Megan C. Moore is a commercial litigator with experience as a key trial team member, including a weeks-long federal trial with several hundred million dollars at stake. She has successfully represented clients from a host of industries, including manufacturing, mortgage, medical, energy, real estate, financial, pharmaceutical, and technology. Her clients have included both plaintiffs and defendants in business disputes, breaches of contract and fiduciary duty matters, and employment disputes.

“My philosophy is to work to resolve problems as quickly as possible for my clients,” Megan says. “But I have no hesitation about going to the mat in the courtroom when that’s called for.”

Her experience covers all aspects of trial work, including managing extensive e-discovery, arguing motions, and preparing witnesses. She has played important roles in achieving or defending against temporary restraining orders and injunctions for both plaintiffs and defendants in state and federal court. Megan has provided general advice and counsel to employers and has drafted noncompete and nondisclosure agreements and employee handbooks. She’s also been appointed attorney or guardian ad litem in federal court cases. In addition, she has written appellate briefs in both state and federal courts.

Before joining Rusty Hardin & Associates, Megan spent nearly six years at the commercial litigation and employment law firm of Hoover Kernell in Houston. During that time, she was a member of the defense team representing a mortgage company and its president in a federal False Claims Act trial that lasted more than a month. She managed over 2,000 exhibits during the trial.

Before her time at Hoover Kernell, Megan worked at a litigation boutique. She also served as law clerk to U.S. District Judge Melinda Harmon in the Southern District of Texas.